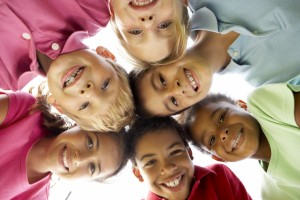 Anesthesia is safe in the young, study finds

Anesthesia Safe in Young – A single exposure to general anesthesia poses no cognitive risk to healthy children under age three, a critical time in brain development, according to a multicenter study led by researchers at Columbia University Medical Center and NewYork-Presbyterian/Morgan Stanley Children’s Hospital. Findings from the study, the largest and most comprehensive of its kind, were published today in the Journal of the American Medical Association.

“A number of animal studies have suggested that exposure to commonly used anesthetic agents in early development could lead to deficits in learning, memory, attention, and other cognitive functions,” said lead author Lena S. Sun, MD, the Emanuel M. Papper Professor of Pediatric Anesthesiology and professor of pediatrics at Columbia, and chief of pediatric anesthesiology at NewYork-Presbyterian/Morgan Stanley Children’s Hospital. “However, few clinical studies have adequately addressed whether this is also true in humans. Based on our findings, we can reassure parents that one exposure to anesthesia is safe for healthy young children.”

Neurotoxicity a Most Pressing Concern in Pediatric Surgery

“The potential neurotoxicity of anesthetic agents commonly used in general anesthesiahas been one of the most pressing concerns in pediatric surgery in the past decade. The PANDA project is among the most rigorously designed studies aimed at addressing this concern. Our findings should be reassuring to millions of parents whose young children need to undergo surgical procedures under general anesthesia across the world each year,” said Guohua Li, DrPH, MD, professor of epidemiology at Columbia University’s Mailman School of Public Health and College of Physicians and Surgeons and a co-author of the paper.

An estimated two million children in the U.S. undergo anesthesia each year, roughly two-thirds for surgical procedures such as hernia repair, circumcision, and tonsillectomy. Anesthesia is also often used in diagnostic procedures, including imaging studies and endoscopies.

The Pediatric Anesthesia Neurodevelopment Assessment (PANDA) study examined whether exposure to a single anesthetic of short duration (median of 80 minutes) in children under age three had an effect on global cognitive function (IQ) later in life.

The study included 105 healthy children who underwent surgical repair of inguinal hernia—one of the most common operations of early childhood—at one of four sites.

IQ scores and secondary neurodevelopmental outcomes, including memory, learning, processing speed, visuospatial function, attention, executive function, language, and behavior, were assessed when the children were between the ages of 8 and 15, allowing enough time after exposure to anesthesia for any impairments to emerge. Outcomes for each child were compared to those of a healthy, biologically related sibling of a similar age who was not exposed to anesthesia.

“There was no significant difference in IQ scores between the children who were exposed to anesthesia and siblings who were not,” says Dr. Sun. “We also saw no difference in most of the secondary outcomes, although more children in the group exposed to anesthesia exhibited internalizing behavior that required further clinical evaluation. That’s an area that needs to be further explored.”

“Overall, this is good news for parents whose children need anesthesia for elective surgery or a diagnostic procedure,” said Dr. Sun.